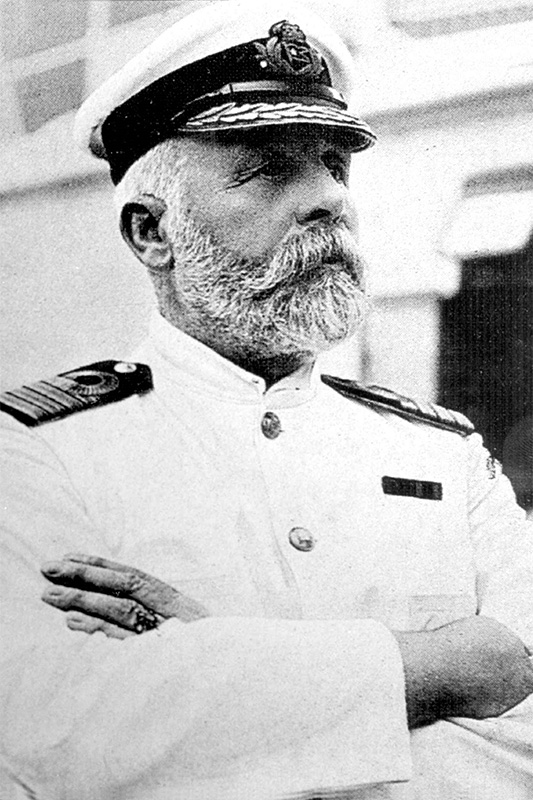 Edward John Smith was born on 27 January 1850 in Hanley, Staffordshire. He joined the Merchant Navy as an apprentice aged 13

In 1871 he was awarded his certificate as a second mate and from there rose through the ranks until he took command of the Lizzie Fennell in 1876. In March 1880, Smith joined the White Star Line as a fourth officer. He rose through the ranks until he took he took command of Republic in 1887. The following year, he joined the Royal Navy Reserve (RNR) and in 1899 Smith was captain of Majestic when it was called on to transport troops for the Boer War. He made two trips to South Africa and was awarded the Transport Medal with South Africa Clasp on 26 November 1903.
In 1904, Smith took command of Baltic, then the largest ship in the world, for her maiden voyage. He remained with Baltic until he took command of Adriatic in 1907 for her maiden voyage, remaining her captain until 1911.
In 1911 Smith took command of the largest ship ever built, RMS Olympic. On 20 September 1911, just 13 weeks after her maiden voyage, Olympic collided with the British warship HMS Hawke. Both ships were badly damaged and the Navy blamed Olympic’s huge size for pulling Hawke towards her.
Despite this, White Star Line once again appointed Smith to the role of captain when Titanic was completed.
Titanic left Southampton at midday on 10 April 1912 and immediately sailed into trouble. Once again the suction created by the size of the ship pulled the New York towards her and only quick thinking by Smith prevented disaster.
When Titanic sank on the night of 14 April, Smith was one of the many who died. His body was never recovered.