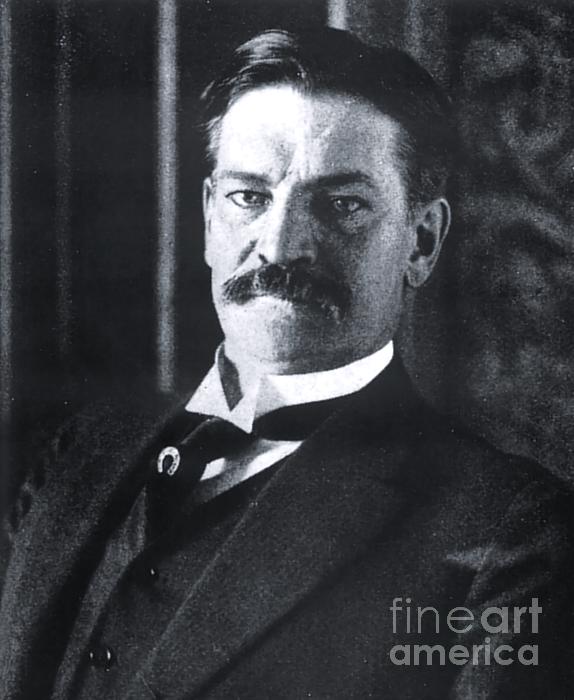 Born on 17 January 1859, Archibald Gracie joined the army after graduating from West Point Military Academy, rising to the rank of Colonel. He married Constance Elise Schack on 22 April 1890.

At the time of the sinking they had one surviving daughter, Edith Temple Gracie, and homes in New York and Washington DC.
Colonel Gracie went to England at the beginning of 1912 to recover his health and to enjoy a break after he had finished writing a book about the American Civil War. He intended to return to America in April and had booked a first class ticket, number 113780, on the inaugural voyage of Titanic. Though travelling alone, the Colonel had many friends among his fellow passengers.
Gracie survived the sinking of Titanic and gave evidence to the US Senate inquiry into the disaster. He testified that he was asleep in his cabin when Titanic collided with the iceberg and was woken by the impact. Realising that something was amiss, he went up to the boat deck to try to discover what had happened. When it became clear that the ship was in danger he went back to his cabin to prepare his luggage and returned to the promenade deck wearing his lifejacket. He helped many ladies get into lifeboats, but was unable to persuade Mrs Straus to leave her husband.
When all the lifeboats had gone, and with Titanic listing heavily at the bow, Archibald Gracie made his way to the stern. When the ship went down he was sucked under with it and had to scramble to the surface. He managed to swim to upturned collapsible lifeboat B and stood balancing on it, knee-deep in water, with around 30 other men, until he was picked up by lifeboat 12. When Carpathia arrived on the scene to rescue survivors he was in a poor state and suffering from hypothermia. Gracie’s health never recovered and he died on 4 December 1912. Realising he was dying, Archibald Gracie spent his last few months writing a book about his experiences and those of his fellow passengers. ‘The Truth About the Titanic’ was published posthumously in 1913